First we’ll get the administrative bit out of the way: I could’ve had a 3 hot, 2 not Figure Friday, or put some models that don’t really deserve the spot up, but as I didn’t want to do that, we’ll have to wait for another double-week feature next week. At least there’ll be Figure Monthly somewhere this week, hopefully.

That image sums this month up, sadly. I’ve over-spent. Now, now, there was a big convention, but seeing as most I’ve obtained during the convention were books, well, there’s no real excuse. I am accepting donations ;)
I might get you some loot shots, if enough people will ask for them.
Read on for the lengthy endless list of stuff purchased this month.

END_OF_DOCUMENT_TOKEN_TO_BE_REPLACED

Seeing how few entries got posted between last Figure Friday and the next one (hopefully today’s), which was the same thing last week, I decided to write this short post, and not to let the fact that it’s not, well, Monday, stop me.
I actually have quite a few posts planned, but with the combination of the onset of winter (and before that scalding heat), and the return of school, it’ll take me a bit of time to find the energy to get back to rolling out more entries.

The Star of County Down is an irish folk ballad, written somewhere in the 19th century, which I like quite a lot. I came across this song one day while surfing irish and celtic music on YouTube (I have quite an ecclectic taste in music, and a penchant for irish and celtic music), and it had struck me as quite… familiar. I’ll let you listen to my favourite version of the song, by the Irish Rovers, who have some very nice renditions of Irish classic songs (and some others, such as “Farewell to Nova Scotia“).

END_OF_DOCUMENT_TOKEN_TO_BE_REPLACED

RahXephon is an anime from 2002 which has some things going for it, and also some things going against it, mainly the required comparison to Neon Genesis Evangelion. Another aspect of the series that will require mention and discussion is the use of sound and music in the series, which quite overpowers the series in its beginning, but thankfully its part and vehemence grows smaller as it goes on. 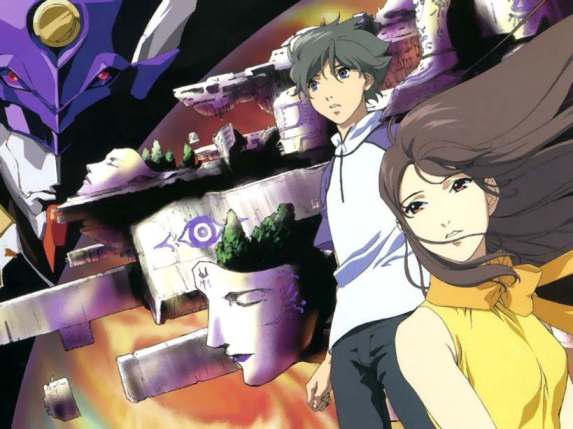 This is a “Things I Like” post, and as such, it’s not a review per-se, but my thoughts on the series. Spoilers should come as no surprise, this post will have moderate amount of spoilers. Surprisingly little, if you ask me.

END_OF_DOCUMENT_TOKEN_TO_BE_REPLACED

This is the weekly Figure Friday post, covering the figures released, announced and such during the past week. There will be the best figures of the week and the worst, as well as news, delays, releases and re-stocks.

As always, click on the first picture to go to a site with more information on the figures, and the pictures after the description for the Flickr page (you must be logged in, due to some photos in the set being R18), where bigger photos can be had. As always, post is NOT entirely safe for work, be advised.

I’m growing rather fond of Orchid Seed.
Really like this figure’s garters, and her face is nice, the skirt has some dynamism. It’s not a great figure from any perspective, except how she’s dressed under the skirt, and yet, the gestalt is bigger than each of the individual components. Her skirt does reach a bit too high for me, waist-line wise. For those who dislike over-brown figures, at least the shock of red hair and the powder-blue wrist-ribbons offset it.
January 2010, 220mm, 7,429 yen. Reserve.

END_OF_DOCUMENT_TOKEN_TO_BE_REPLACED

Here is a friendly suggestion to you all, something which I’ve known and didn’t act fully upon, against my better judgment: When you can hear one of your computer’s fans make noise, call your nearest hardware store, get a replacement fan, and either pay them to change it for you or ask a friend who knows what they’re doing (alternately, look it up online and become the person who knows what they are doing).

Update 23/10/2009: Fan replaced, considering replacement of other non-critical fan, and adding a cooling body to my GPU. BUT! Computer is up and working, and got 2G of RAM from a friend :)

END_OF_DOCUMENT_TOKEN_TO_BE_REPLACED

As promised in the main post, this post will cover the amazingly large number of news, re-stocks, delays and such that had occured within the span of the two weeks from the 2nd of October to the 15th.

Read on to discover why this picture of my cat is here!

This is the weekly Figure Friday post, covering the figures released, announced and such during the past two weeks. There will be the best figures of the week and the worst, as well as news, delays, releases and re-stocks.

As always, click on the first picture to go to a site with more information on the figures, and the pictures after the description for the Flickr page (you must be logged in, due to some photos in the set being R18), where bigger photos can be had. As always, post is NOT entirely safe for work, be advised.

In personal news, felt crummy yesterday, thus no post, and tomorrow I’m beginning the final year of my B.A.!

Best figma ever. The joints are not too noticeable behind the skirt, poseable, good quality looking. GREAT faces, and the drunk face is so priceless.
It’s a minor hassle to obtain; while not a limited edition, you have to order it from one of several stores that will sell it exclusively, so you’ll have to use some sort of deputy service, but it’s not a limited release, at least.
I am so getting it :D
January 2010, 140mm, 2,800 yen with tax.
Get her from NicoNico where you can also get the Reimu and Marisa nendoroids. Direct Reimu figma link.

Follow the “more” tag to see the rest of the figures, again, not all safe for work.
END_OF_DOCUMENT_TOKEN_TO_BE_REPLACED

This review IS Safe for Work, it has the posterior of a figure, but otherwise, it IS safe for work.

Shizuka is a character from Queen’s Blade, a series quite heavy on fan-service. She is actually made by Alpha x Omega, a team-up between MegaHouse and Alter. She is somewhat cast-offable, but is done in relatively good taste, and she has a hand one can manipulate.

Click the “More” tag for the rest of the review! (You will get to see her wearing only G-string from behind, so consider, it is just a figure after all)

END_OF_DOCUMENT_TOKEN_TO_BE_REPLACED

This will be a short post on Computer/console-Role-Playing Games (RPGs), which are why I’m so scarce this week; as opposed to last week, when it was due to me attending a convention.

The Last Remnant, Square Enix‘s less than stellar last game, is the one I’m currently spending too much time on, which is exactly the point: These games work their magic on me in such a manner that even when they are less than stellar, my days are lost to them.

END_OF_DOCUMENT_TOKEN_TO_BE_REPLACED

This is the first of a series of manga reviews by yours truly. I’ll be concentrating on off-the-wall stuff that I happen to like, and largely avoiding the really popular stuff that other people have already covered extensively elsewhere. I mostly buy my manga in the original Japanese (at the local Kinokuniya), and many of the titles I’ll be reviewing–including this first one–aren’t yet available in English.

Yandere Kanojo is a gag manga with a very direct, straightforward style. It stars Reina Ryuuzaki and Manabu Tanaka. Reina is the leader of the female delinquents in her school, and Tanaka is a diligent but otherwise unremarkable student. “Yandere” normally refers to a girl who’s sick and twisted (from yanderu/病んでる) but has a flustered, lovestruck, sweet side (deredere/デレデレ). It’s a scarier variant of the tsundere thing that’s become so trendy. Yandere Kanojo doesn’t have a yandere character; instead, the “yan” in the title comes from Yankii (a female delinquent). Reina is this peculiar kind of “yandere,” a mean girl who can kick the crap out of anyone who crosses her path, but can be embarrassed and downright sweet when it comes to Tanaka.
END_OF_DOCUMENT_TOKEN_TO_BE_REPLACED