Wow, it’s been a while, hasn’t it? But no way to resume aniblogging like jumping in with the new season. Yes, the Fall 2016 anime season began yesterday, so this is the latest I’ve ever put this post up, but better late than never. Actually, one of the reasons I watched no anime last season was that I kept trying to make time to write the season preview post after the season has began. Anyway, let’s dive right into it.

As always, in these posts I cover shows I plan to follow, or have thoughts on why I will not follow them, or considered following and decided not to. As always, I try to strike a balance between giving you enough information on the show, and telling you why I think it is or isn’t worth watching. Shows ordered by day, and by expectation within the day, as that affects pick status. The “Almost In” category describes shows that I’d pick up in prior seasons, but decided to put aside in order to make more time for backlog, after growing unhappy with how many of the shows I pick up ending up “not worth the time”, let alone “good”.
Much space is given to the people involved with a show, as premises are easy, but execution is hard, and it’s people who are in charge of that. You’re likelier to end up with good shows that way.

Most of the information about the shows can be had from the helpful Neregate Chart, and what I’ve happened to see on various sites, such as Random Curiosity. Check them out if you want more information, or information on shows I didn’t cover (such as follow-ups to shows I don’t watch). Most importantly, remember to have fun! 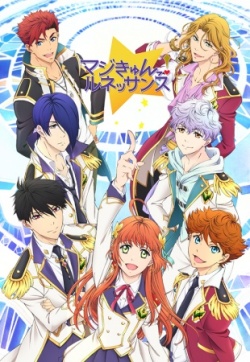 Magic Kyun! Renaissance – Reverse harem crossed with idol, school-festival, and magic. This show seems colourful and draws the eye, and Director Yamazaki Mitsue (Hakkenden: Dogs of the East) is joined by Shoujo/Josei stalwart Series Composer Konparu Tomoko (Ao Haru Ride, Chi’s Sweet Home, Dance with Devils, Glass Mask, Kimi ni Todoke, Nana, School Rumble, Touch, and Uta no Prince Sama). If you’re into reverse harem shows, this is probably the one for you.
Interest Rating: 1.5/3. This show isn’t for me, but shoujo romance series are often better than shounen ones, so I might keep an eye on this.
Airing Date: October 2nd. Preview.