This page is dedicated to collating all of my writing on the Gatchaman Crowds animated series. There’s a lot of writing, so here we are. 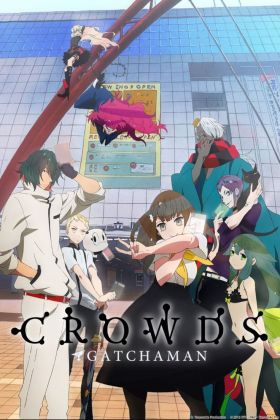 Gatchaman Crowds Episodic Notes – Taken between July 19th and September 27th, 2013, these are my notes on the first season of the show as I watched it. They tend to go more in-depth from the midway point or so. You can follow them as you watch the series, as they naturally contain no spoilers.

12 Days of Anime #3 – Gatchaman Crowds Was Created Especially for Me – Part of the “12 Days of Anime” project, written in 2013, covers why Gatchaman Crowds worked so well for me, as a series, as it catered to everything I look for in a piece of media. With me writing this project, you can see how it all works for me. Written on December 23rd, 2013.

Hajime, Sugane, and Berg Katze – The Nature of Masks – A collection of three shorter write-ups focusing on some of the main relationships within the series, and some of its main principals. Published November 4th.

Rui’s World – Frail Naivete – A collection of two shorter write-ups raising some of the topics raised through Rui’s inclusion in the show, both about GALAX and the world he’s trying to create, as well as his personal issues and the way they contrast with Hajime’s character. Published November 6th.

Hajime, Fun, and the Response to Trolling – Though this is a natural follow-up to the above two pieces, this most controversial moment in the show deserves its own lengthy discussion, which also contains my personal philosophy about “taking offense.” Published November 10th.

J.J., Pai-Pai, Sagayama, and Rui – The Impossible Leadership of God – Hajime’s Bridge – Another single write-up, on one of the main topics the series revolves around, leadership, and the cornerstone moment where the Gatchaman take ownership of their fate. Published November 12th.

Rui’s Choice and the Nature of Good Decisions – The final piece on Gatchaman Crowds’s first season covers the very important concept of “good decisions,” and how we tend to judge things by their results. I will take the characters to task on their actions and decisions in the final act of the first season. Published November 14th.

Gatchaman Crowds Episode 13 (OVA) – My episodic notes as I watched this much-anticipated episode for the first time. Not a rewatch. Published November 16th. 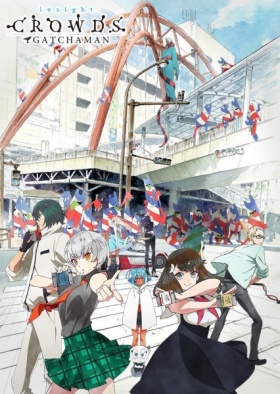 Gatchaman Crowds Insight Episodic Notes – My notes from watching the series. I watched it for the first time between January 1st and January 6th, 2016. I did not have time for post-episodic write-ups as I semi-marathoned it, which meant it all became one contiguous experience for me. Instead, just episodic notes, which get very expansive from episode 3 onward. Does fit for first-time watchers to follow as they watch the series!

I was quite sad that I only watched this after the series finished airing, as I feel I’d have enjoyed the discussion surrounding it immensely, but that’s how life goes sometimes. And hey, I enjoyed my solo-viewing immensely, and hopefully these posts will generate some discussion.

Gatchaman Crowds Insight – The Nature of Heroism, The Nature of Self-Reflection – My final piece on the series, and the only piece not yet written, though I’ve plotted it in my mind over the past 10 months. This write-up revolves about how Gatchaman Crowds Insight is a direct response, continuation and refutation to the first season, as well as an exploration of Hajime’s repeated and unanswered question throughout the two seasons. To be published November 29th, my birthday.

Please leave all comments relating to the project in the specific posts’ pages!