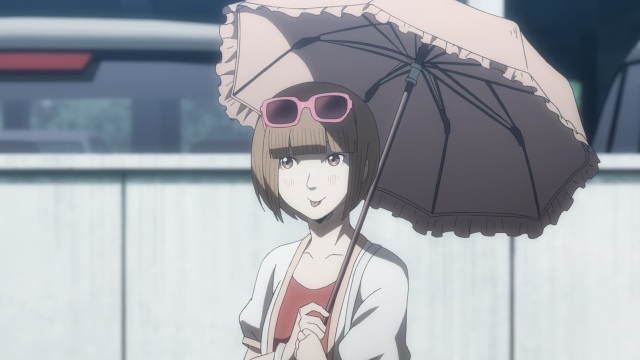 Is this our murder case, Doctor Shiki Magata? If so, I must say I’m terribly disappointed. I thought the only reason they were letting Sensei spout lines such as:

“Seeing nature and thinking it’s beautiful is what’s unnatural. It means the life you lead is an unclean one. If you can cut yourself off from mother nature and still survive, does that not mean you have enough inner beauty to allow you to do that?”

Was so we’d all cheer when they knocked him off. But alas, that doesn’t seem to be the case. I did think just a moment before Moe pointed it out herself, that Sensei only spouted these lines because he idolizes Magata, and thus every thing she does or is is to be idolized and painted as perfect. And of course, to make himself sound smarter than he is.

Anyway, this episode had some allusions and highlights. The main highlight was definitely the young Shiki car-ride scene, and how it was mirrored by Moe’s behaviour. We could look at it as if it’s simply trying to say that Shiki was an adult even while young, and/or Moe is just a kid, but I think that wouldn’t be doing it justice. It’s not only mirroring Moe by showing us Shiki, but also Shiki by showing us Moe, and how Moe acted up to that point. How did Moe act throughout this episode? As a spoiled kid. How did she act this episode and in the first? I mean, she probably tasted yakisoba before, so she used that on one hand to distract them from her not helping, and on the other hand, to draw attention to herself. 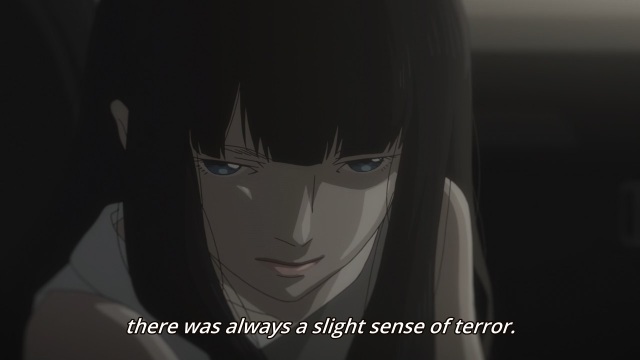 So, here’s how I think things will shake out, based on the allusion on the boat, how Doctor Magata is the lab’s “main system,” while P1 and Deborah are “sub-systems”. Couple this with how the show is titled “Perfect Insider.” And who’s the perfect insider for a murder case? The murdered person, making this a suicide, with her killing herself for the sake of attention, at least on some level, and also for other reasons I’m sure we’ll find out.

And then there was another important line, where on the boat they asked “She’s really on the island, isn’t she?” and they assume she is because she’s locked in. But is she? Up to this point they’ve only seen her via cameras, so who could tell if she’s not actually elsewhere where cameras are pointed at? Who’s to say that’s really her, or that even if she is, if this genius didn’t upload her consciousness to Deborah, or smuggled out via the Director, who might yet be the man in the car?

Who knows, but Shiki is definitely someone who played risky for the sake of attention and control, just as Moe does now, with Sensei, at the beach, with the luggage, and to gain entry into the lab. A lot of lies and misdirection. That car scene was obviously very important, and the mirroring, even if its ultimate purpose isn’t clear yet obviously is as well, considering how much attention the show gave to it.

I think this episode was very carefully and competently orchestrated, I just found a lot of the characters very annoying. It might be the purpose, but even so, they annoyed me.

Return to the The Perfect Insider Episodic Notes page.