Tokyo Ghoul started out strong. It had gore, it had violence, it had some of that “I’m going to show you sexy stuff”, all that makes one think a show is trying to pass itself off as “mature”, but is anything but, right? But if you read my notes for the first episode (the only ones I published), you’ll see I actually saw something there, it reminded me of werewolf and vampire stories, and how often they’re used as allegories for sexual awakening, or of growing up. I saw something similar in Tokyo Ghoul’s premier. 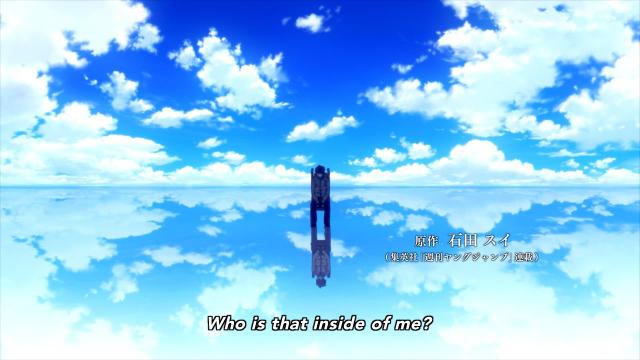 The question at the heart of any story about growing up, and also many horror stories.

Now, aside from horror at what the protagonist has become, horror at the world he’s found himself from, which seems to be the tension and hallmark of most psychological horror, this show did indeed have quite a bit of a “shounen battler” feel, which wasn’t the greatest. At least they spent most of their thematic time on the topic of recreating horror, of people replicating what has been done to them, and that the true horror is how people treat one another, how they “Other” each group they don’t belong to, and allow themselves to replicate the atrocities that had been done to them, an endless vicious cycle.

END_OF_DOCUMENT_TOKEN_TO_BE_REPLACED

(I actually have notes for all episodes. When will they go up on the blog? At some point™. Check the “Episodic Notes Page“, where they’ll all appear eventually.)

So, Shinji and the golden-haired “Servant” seem ominous, Caster and her “master” beat Saber, Shirou, and Rin, and Shirou summoned Archer’s swords and fought like a badass. I think it’s been too long since we’ve last seen Illyasviel and Berserker, eh?

(For those who don’t know, my notes for F/SN: UBW are less serious and more poking fun at funny lines. But I dig out the serious mode when it’s necessary.)

1) Emiya Shirou, The Sharpest Knife in the Drawer:

1) “Let’s skip training, you were badly hurt.” – Emiya Shirou, so chivalrous. Though you’re the one who looks as if he’s about to keel over.

2) Saber, looking so kind. Like someone straight out of a romantic drama anime.