On Resentment and Feelings of Superiority:

Replacements are there in case you lose the ability to use magic, or get hurt. To be constantly around people whose mere existence reminds you that you can lose the gift which you have, or even your life. To constantly be surrounded by people vying to take your spot. It’s unsurprising that resentment builds up. 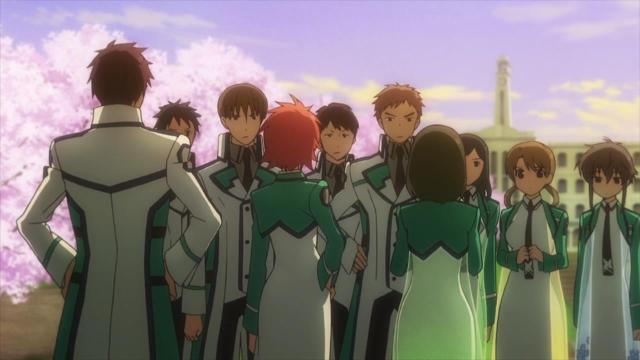 The Course 2 students are essentially “memento mori”, a reminder that you are mortal, and replaceable (Later on there’ll be some talk that’ll make this more relevant, though they don’t touch on it again, just my own thought that makes all of this even more ridiculous, I’ll touch upon it when it comes up).

Furthermore, it reminds me of an experiment I’ve studied of in Sociology (can’t find the name, sorry). They took kids and gave them bags, each bag had numbers, where half the bags had high numbers (1-10 with mostly 7-10) and half had low numbers (1-10, but mostly 1-3). The kids were told to take a few pieces out, and had then been split according to their scores into two groups.

The kids in the “high class” looked down upon those in the “low class”. This happened even when the kids (or young adults) knew ahead of time that the bags are “stacked”, and it’s not only non-random/arbitrary, but stacked.

That experiment could be replaced with your life situations, your parents’ education and wealth, or your genetic “lottery bag”. Kids are handed a lot of what they have and can do in the world, yet they lord it over others as if they “earned” it. Not just kids, but that’s a large facet of capitalism and the darker side of meritocracy – we don’t have an equal standing ground.

In case you guys are interested, I wrote a long overview of the first 11 LNs of Mahouka Koukou no Rettousei. I tried to focus on themes and keep plot-spoilers to a minimum, but some obviously exist, so click at your own risk. I also raised my thoughts on how the adaptation will go place, and my thoughts on the books in general. You can also skip the middle part that breaks down the books, and thus avoid spoilers.

Thoughts on First Episode and Adaptation:

The soft music playing throughout much of the episode was somewhere between amusing and annoying. It’s definitely a nice and high-production touch, but it kept making me feel as if this is a Visual Novel adaptation ;-)

We’ve had quite a few moments of Tatsuya still thinking about things, but he didn’t carry on lengthy monologues. Most of these were short, and opened more questions than they answered (though early on in the series this is true for the LNs as well). 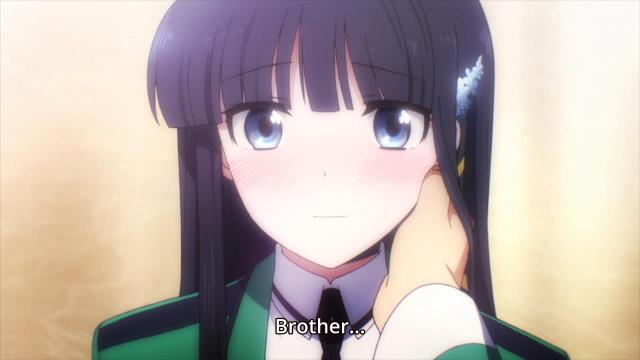 Miyuki had been considerably more animated than she’d been depicted in the novels, and so had been Tatsuya in his interactions with her. Leo and Erika had been playing off of one another even more than they do in the books. The comedy in general, and the fluidity of Tatsuya speaking with his classmates had all been not merely accentuated, but increased, with them adding more such moments. Not to mention poor Yakumo-sensei ;-)

I think these are good things. In the books all the interactions are much more muted, and it’s up to Tatsuya’s internal monologue to explain or linger on every such interaction and give it more depth. Endless internal monologues are a pain in a visual medium for the same reason flashbacks are, as they stop the flow of time. They are showingus, and so they are making sure we won’t miss things, either by them being too subtle or not seeing them often enough. But yes, the Miyuki brocon aspects which had been more than readily apparent in the books had been evenmore pronounced here.

Finally, about what we’re going to adapt. The sequence in the opening from 2092, as well as the OP/ED segments, carry material up to book 8. Nothing beyond that. Coupled with how little material had been adapted this episode, I suspect the full 26 episodes would cover the first 8 books, and not what I hoped for, which is for them to cover the full 11 books comprising the first year in high school.

It means material might be a tad slow at times, but the cool fights/segments will be given more time to breathe. It’s all a give and take.