The topic of spoilers, meaning  revealing information from a story people hadn’t experienced yet, is a very relevant topic when you hang around geeky sub-cultures revolving around media consumption, and role-players for instance tend to read books, everyone watches television/films, and there’s obviously the anime sub-culture. I’ve changed my stance about “spoilers” back and forth over the years, so I think I’ll spend some time discussing it. 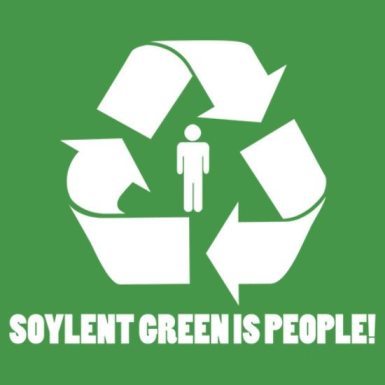 Some spoilers have been memefied.

Israel usually receives films 1-2 weeks after the USA, so as a teenager who spent time on international fora/chats, I was always worried and annoyed about sequel spoilers, such as spoilers for The Matrix Reloaded. I wanted to experience the film myself, I wanted to come to it fresh, and these people with their inconsiderate actions robbed me of that opportunity.

After a while though, I’ve noticed I often rewatch shows, and re-read books, so if spoilers are that awful, how does it make sense? This article that had been making the rounds about how spoilers increase your enjoyment made a lot of sense to me. I often think of revisiting shows in a similar way to inoculation – I watch shows in order to feel, and orienting myself to what is about to come only increases the emotional impact a scene has on me, rather than decrease it. It also fits with what I of Alfred Hitchcock’s sense of suspense in my Aku no Hana write-up, which is that knowing something is about to come doesn’t reduce tension, but is the very source of it.

So I was all, “Dude, spoilers aren’t that bad, they can even increase your enjoyment!” though I mostly said so in an attempt to cheer up people who’ve been spoiled, or to explain why I don’t mind spoilers too much. I still didn’t go out of my way to spoil people, because that’s simple courtesy – it annoys them, and some people even go as far as to say “I’ve been spoiled X fact in Y show, is it still worth watching?” which I personally find more than a tad overblown and ridiculous.
I do understand that “plot-spoilers” is what bothers most people, as it seems most people judge shows almost entirely based on “plot”, and they really care for plot-twists, so any plot-twist being revealed to them feels like the end of the world.

Yes, some series begin by telling you how things end, but the tension they build towards and with is part of the show-makers’ design, and you trying to guess how things work out, how we get from point A to point B is part of the whole thing. Which leads us to what does bother me.

But as time passed and I dipped heavily into the anime community online, I noticed I was becoming quite annoyed at spoilers. Not even spoilers which tell me outright what is going to happen, but those small “Just wait till you see what’s coming up in two episodes!” or “Nope!” when someone makes a guess as to where a show is going. A large part of the fun of watching a show is making guesses based on current information, guesses that are often consciously generated and directed by the show’s creators. Being told something happens in a specific episode, or being nudged in the right direction, or being told you’re on the wrong direction robs a lot of that fun away from the experience.

Knowing what the plot is to me is only a small part of the fun, so knowing how something ends isn’t the end of the world, but being constantly told why someone truly is the way they are, or constantly being told that something is only misleading me isn’t fun. That’s what spoilers come down to, they spoil your fun, your enjoyment. The show isn’t spoiled, your enjoyment is.

Some shows are almost always spoiled, if you read more about them than “This is good” or “You should watch it.” Steins;Gate for example is a series I and some others I know watched because it deals with Time Travel, but you only discover about the Time Travel three episodes in, and it gives some context to the earlier episodes. A Game of Thrones, you are told that characters will die, so even if it doesn’t do much as you keep wondering who will die, it still robs some of the tension away (but heightens it in other forms, as noted above). Puella Magi Madoka Magica, the spoiler is quite small, “This is a dark series, it’s not a light and fluffy Magical Girl show”, and it’s apparent from the first episode, but it still spoils the show to a degree.

There’s almost no way to avoid these spoilers, especially as they are often well-intended to actually get you to watch the show in the first place. Yes, a show’s fans are often its biggest enemy, in this sense. Just start a discussion on Kara no Kyoukai, and either on my blog or on any large forum, its fans will rush in to explain to me the content I’ve just watched, based on content I hadn’t, and in their excitement and fanaticism they can’t realize that they are robbing me of the enjoyment they had of the show, which is why they like it so much. In their overzealous drive to make sure I enjoy the show as much as they did, they are robbing me of the same opportunity.

How does this sit with what I said about one’s experience often being heightened by knowing how material will end? How does it fit in with people who watch adaptations to material they already know? Spoilers don’t ruin the material, and they do not diminish the experience, but they alter it. You only get to watch a show without spoilers once. Watch it once, then rewatch it, and they are two different experiences, and what you focus on the second time is complemented by the first viewing, and is different from it. Full spoilers will move you almost entirely to the second viewing. Yes, it’s still good, but it had taken away your first watching option, and your opinion of the show might be diminished – you will not have the experience of first and second watching, you will only have the second-watching option.

Some spoilers have become memes you can find on T-Shirts, such as “Soylent Green is People” and “Luke, I am your father,” and nothing can be done about them. Being spoiled a show doesn’t ruin it, but it changes the experience of watching a show, and robs a certain way of viewing it from people, and should be avoided – if you like a show you’re reducing the chances someone else will as well, and otherwise you’re just being an ass.

So, dear readers, how do you feel about spoilers? Are you deeply troubled by them? Do they elicit an emotional reaction of anger?